Did you know planets are bright enough for night sky city viewing? And, observing planets through a telescope won’t be much different in the city from that at a dark rural location. Here’s how to see stars in the city (as well as planets). It includes steps and tips for urban astronomy — how to stargaze in the city, at night.

One problem with city viewing is light pollution and smog. To combat it, one thing you’ll need to do is wait until the planets are well above the city smog zone. You’ll miss those I wrote about that appear low in the sky at certain times.

How to stargaze, view planets in the city night sky

You can see Jupiter, Saturn, Venus, and Mars, in the city night sky much the same as you would in a rural setting or anywhere else. As Terence Dickinson1 explains, you can set up a telescope on your balcony and get as “good (or bad)” views of the planets in a city as you would in a remote location.

Check out what I wrote on viewing Jupiter, how to see Saturn and its rings, and on viewing Mars. With Mercury you’ll have a problem because it sits low on the horizon — see my article on when and where to see Mercury.

Dickinson goes so far as to say that planet viewing from cities can be even better when air pollution and heat from the city produces a layer of stable air over the city. A calm atmosphere allows steady viewing that can give exceptional detail of the planets when viewed through a telescope.

In the city it’s hard to get past the yellowish orange gray of the city night glow for urban astronomy and then there’s always that one or two annoying lights in your vicinity that blinds you to the starry night above.

People travel long distances for dark skies to view the splendor of the Milky Way.

You won’t see the Milky Way like this nor the true brightness of stars in the city without a massive power outage. But you can reduce interference from streetlights and urban glow to enjoy recreational stargazing without leaving the city…

How to see stars in the city at night

You’ll want a portable telescope for city viewing requiring travel away from home.

No one scope is best for light pollution in the city – I’m not going to kid you. From what I know and several sources confirm, is that the best telescopes for city viewing (or anywhere) are the ones that get used and give you the most satisfaction.

For some, this will mean fully-automated gear. The Go-Tos are the telescopes in this case as they find and track the star or celestial object of interest and save time and fuss having to manually try and discern your object of interest from the plethora of other shiny sky objects. 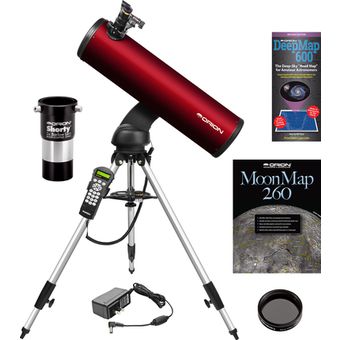 Check out the recent Redfin article we were featured in: Backyard Stargazing Guide For Beginners | Redfin.

With summer right around the corner, warm nights give people the perfect opportunity to venture outside and enjoy nature. From BBQs and movie nights to yard games and camping, you don’t even have to leave your backyard to make the most of summertime.

Stargazing is another hobby anyone can pick up and enjoy from their backyard, whether you live in a townhouse in Miami, FL, rent a home in Portland, OR, or anywhere in between. A clear night sky filled with stars just can’t be beat, and it’s a great way to connect with nature and the universe around us. Don’t know where to start? Redfin asked experts all across the country to share our best advice for anyone interested in stargazing so you can sit back and enjoy the night sky. Check out what we had to say!

A book tailored to urban astronomy

By Abigail Beall, the Art of Urban Stargazing, is a guide to stargazing anywhere and one I list in Best Books on Astronomy for Beginners — check it out for more on this book and others. If you’re keen on stargazing but live in the city, put this one on your reading list.


See The Art of Urban Astronomy at Amazon

What about a telescope city light filter?

You can buy filters for telescopes that reduce light pollution from street lights to give you better views through your telescope. These are especially useful for viewing deep sky objects. 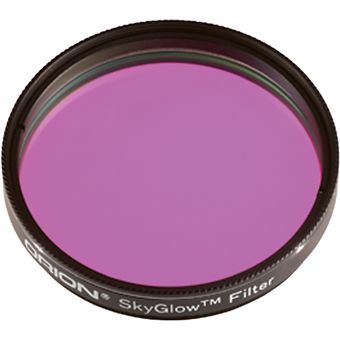 Filters work by removing light wavelengths, for example, those associated with sodium- and mercury-vapor bulbs used in the older streetlights. Today’s LED lights however emit wavelengths across the entire visible spectrum, and so filters aren’t effective on this source of light pollution.

You might have this cheap refractor you bought or were given as an intro to astronomy. These type are fun for looking at the moon and planets. But you’ll find…

Telescopes with SAVINGS up to $30 off!
At Orion