If you’re a beginner backyard astronomer, whether you’re into stargazing by the campfire or looking at the moon and planets through your telescope, at some point, you’re bound to want to pinpoint the best time for stargazing for a group or individual experience. Here’s what to know…

Why is this important? When it comes to stargazing, the best time of the year and evening can make a huge difference to your experience. It’s a good start for beginners to get to know the phases of the Moon and what else affects the best time to look skyward.

If new to this you may think, like I did back then, any time between nightfall and sunrise (nighttime) is a good time for stargazing… That stargazing opportunities abound any night of the year. But you soon learn that that’s not the case. Moon time (or Moon phase) makes a huge difference in stargazing and so does the time of year.

At first, you might be tempted to think that a full Moon is a good time to stargaze. After all, the Moon is bright and you can see what you’re doing without too much artificial light.

The problem is that this phase of the Moon reflects a great deal of illumination, and because the Moon is so close to us (compared to the stars on an astronomical level), it overrides the brightness of other celestial objects.

Having said that, the full Moon phase, the waxing or waning gibbous Moon, the first or third quarter Moon, all offer a time to zoom in on the features of the Moon with binoculars or even a cheap telescope to see craters, rilles, mountains, valleys, and seas, unlike anything on Earth.

What Moon phase is best for stargazing? The New Moon and the days immediately before and after (Crescent phases) are among the best times for stargazing — to get the best view of the night sky and stars above. It’s when the sky is the darkest.

New moon: During a New Moon or no Moon and the waxing and waning crescent Moon either side, the Moon’s effect on the sky is at its mildest. At these times in the lunar cycle, the moon reflects less light interference when trying to view the constellations and galaxies.

Full Moon: This phase of the Moon poses a similar problem as does stargazing within a city, insofar as the brightness of the Moon makes it less possible to see other objects in the night sky apart from the large planets. But you can still view the large planets and the Moon through a telescope at this time. With the Moon, be sure to use a moon filter with your telescope to dim the brightness and better see its features.

How can the season affect the quality of your stargazing experience? Not only is there longer nights during the observing season, but the cooler months mean drier air conditions. No heat haze and less moisture in the air mean clearer night skies for viewing.

In fact, some observatories close down during the peak of summer because access to the dark skies for ideal viewing retracts to late at night, making it less commercially feasible. The cooler months are best for the stargazing events.

Editor of in-the-sky.org explains: “Because the seasons are opposite in the northern and southern hemispheres, a good apparition of Mercury in one hemisphere will usually be badly placed in the other”. He refers to Mercury offering better views for observers in the Northern Hemisphere (mid-winter) than for those in the Southern Hemisphere (mid-summer) during Jan 2020.

If you are in the southern hemisphere, whether it’s Australia, NZ, south Africa or parts of South America, I thoroughly recommend the yearbook by Dawes, Wallace, and Northfield. This guide to the night sky gives month to month charts for the best times to view particular phenomena for the year — their latest, at time of writing, is 2022. 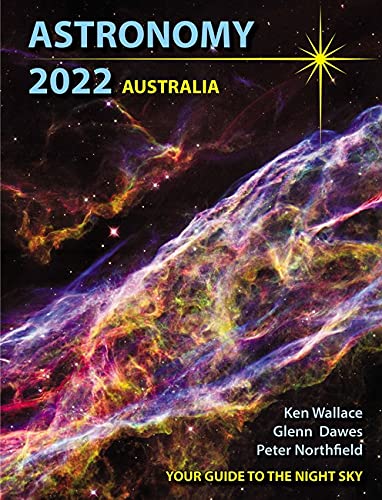 See the price at Amazon

Check it out at Quasar Publishing.

While the above cover the basics in finding the best time to stargaze, the following tips will help illuminate the experience:

By following these tips and stargazing at the right times, you can maximize your chances of seeing one the many things to see in the night sky with binoculars through you telescope or simply with you naked eye and observing something truly out of this world.

Without question, when stargazing to see galaxies, constellations, or other night sky phenomena (apart from the Moon) the best time of the lunar cycle is just before and after and especially during a new Moon.